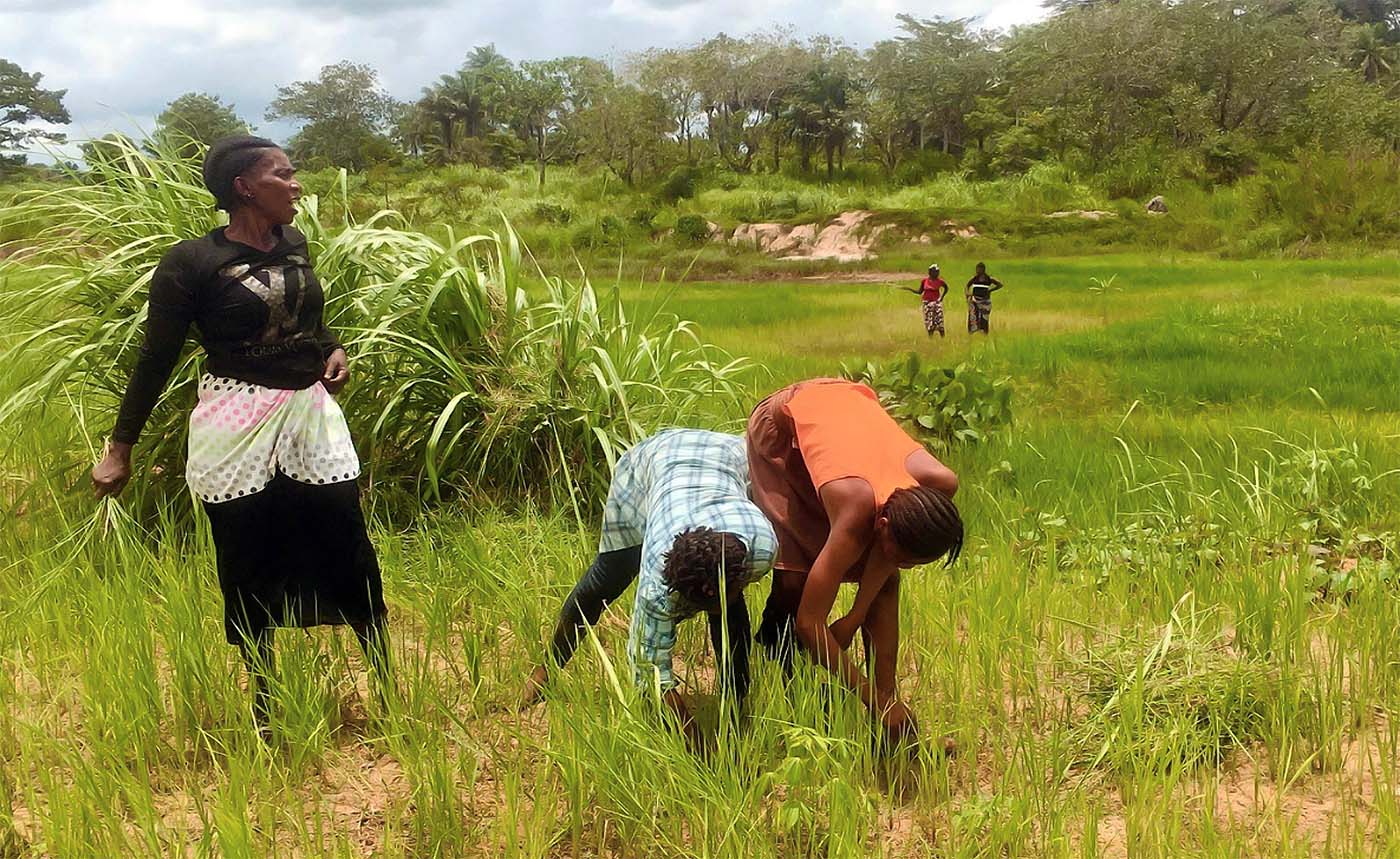 Located in Kono District, Sierra Leone is the village of Farandu, where mining took place for over 50 years. Despite an abundance of diamonds in the ground and decades of know-how on recovering them, those riches did not translate to lasting community benefits. After the last precious stone had been unearthed the toll on the land remained, leaving the majority of it severely degraded.

Without arable lands, residents were unable to sustain themselves through local agriculture. They turned to neighboring Koidu City, about 7km away, as a primary food source and destination to seek new livelihoods. The added demand strained an already tenuous crop supply and contributed to overcrowding in Koidu City. Through the Peace Diamonds Restoration Initiative, 2.6 acres of formerly-mined land in Farandu was reclaimed using community labor. The project also supported the foundation of a Farmer-Based Organization (FBO) called Kuyendoya, or “one voice,” and provided members with much-needed agricultural inputs including seedlings and training on proven agricultural practices.

The average age group within the Kuyendoya FBO is 25, and 75% of members are women and girls. All are indigenes of the community and are involved in vegetable gardening and rice cultivation. The group expects to yield 60-80 bushels of rice with a market value of USD 1,440. This is enough to serve 20 local households consisting of 160 people total. With the additional crops, the group plans to offer food services to nearby artisanal mining cooperatives. Profits from this venture will be pooled and re-invested to increase scale with each farming season.

No member of this group is literate, as the 1991 rebel war prevented their access to formal education, but that hasn’t stopped them from establishing a formal relationship with the Ministry of Agriculture and Forestry, which they see as a key sustainability strategy towards continued access to resources from the Ministry.

Fea Momoh, the inaugural leader of the group said, “We have an opportunity to start again. The wide range of support provided to us by Peace Diamonds truly brings healing and cohesion to us as a group, and redeems the years we lost when these lands were not restored after diamond mining.”