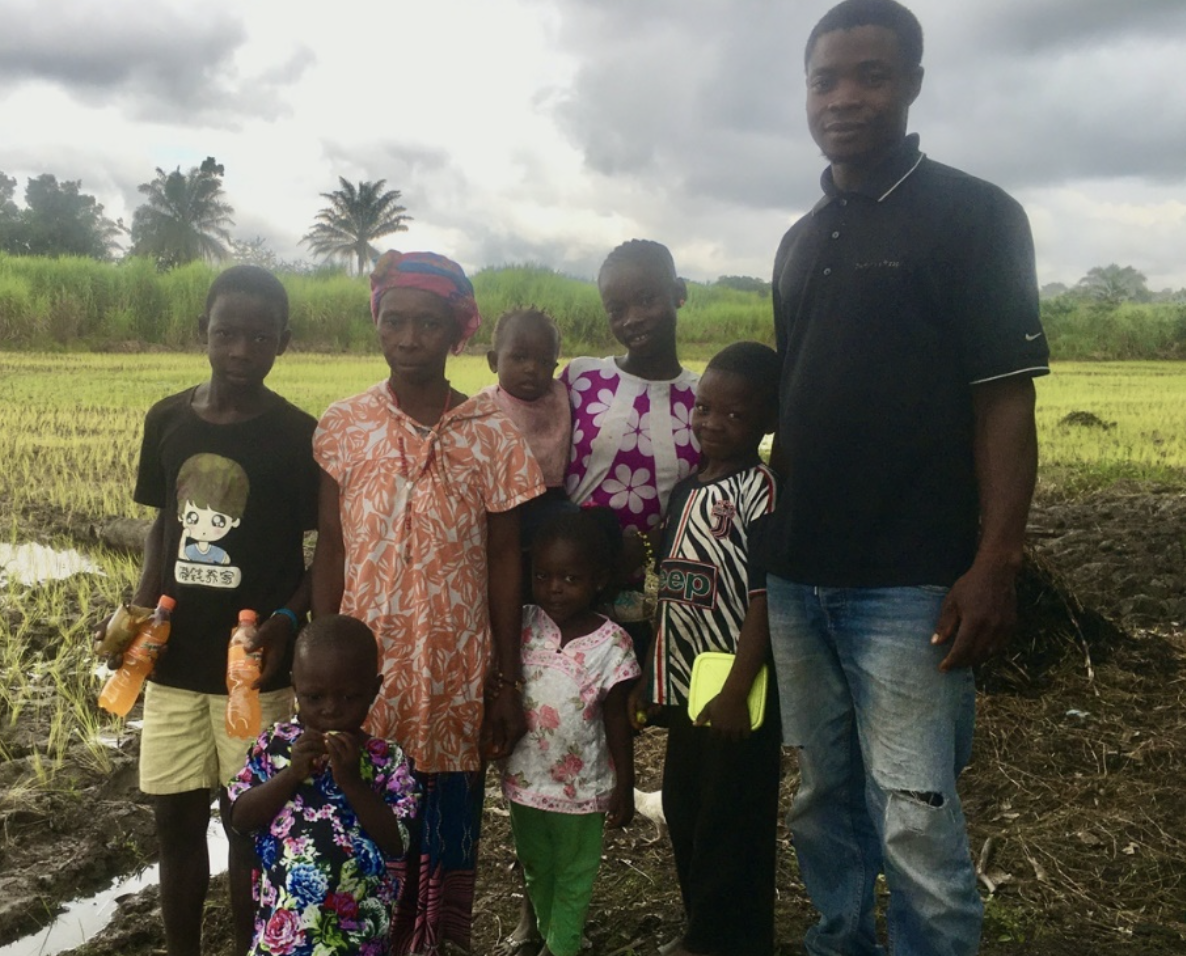 55-year-old Sia Mbayoh is a single mother of six in a household of ten people. She was born and raised in rural Motema in the Nimikoro Chiefdom, where the National Diamond Mining Company operated leading up to and through the first half of the 1991-2002 Sierra Leone Civil War. After experiencing internal displacement during the war Sia moved to nearby Shengay in search of economic opportunity. During this difficult period, she turned to scraping (the practice of searching previously-mined lands for leftover deposits by hand) as a source of income. The earth was unstable near the edge of the crater she mined. Injuries and bodily harm at these sites were common.

The Peace Diamonds intervention rehabilitated nearly a hectare of land to support farming by nine households including Sia’s, whose personal plot of arable land doubled in size. This increase, along with the provision of seeds from Sierra Leone’s Ministry of Agriculture (a Peace Diamonds partner), allowed Sia to begin cultivating a reliable source of food ranging from rice, legumes, and vegetables, for her and her children. Further, Sia has capitalized on a modest surplus in seasonal yields and used profits to support her children’s education.

She shared, “I will be forever grateful to the Peace Diamonds Restoration Initiative. Now, my entire household has food to eat, and we have new income from selling the excess. Finally, we know the meaning of food security.”